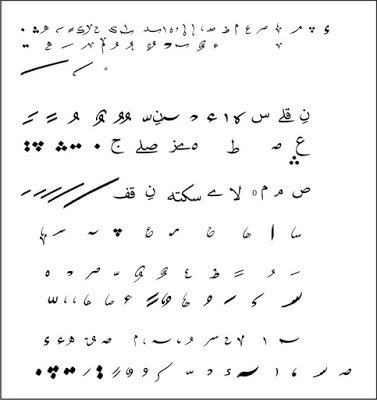 So, during this great great experience I have got in vector graphics, specially digital Arabic calligraphy designs I have gave me a lot of confidence to collect the things I use for my designs. Since then I have been whenever I create a new design, I take out the calligraphic ornaments and put them in one CDR file for later use and for ease of access. And believe me, since then this collection helped me a lot while creating new things.

If you are a graphic designer and if you need to work with Arabic calligraphy sometimes, so you must have it with you. It’s not just an image if you can see. I have provided both CorelDraw and Abode Illustrators vector files. So you can download them and use in your work. Just to give you an idea that how these ornaments look like, see the image below.

In the image you can see, the vectors in blue is a verse from the Holy Quran. And the vectors in red are calligraphic ornaments that are used commonly.So finally it depends on you that whether you want to use it in verses from the holy Quran, a verse from poetry, or just a name of some person, totally depends on you. In the beginning it needs some practice, you can follow any calligraphy and try to do what is done on the image. Maybe some days later you will find yourself working like a pro.